We are lucky to live in Tennessee, where the State Supreme Court provides guidance for Alternative Dispute Resolution. We are even more fortunate that our state has a strong provision for mediation–a way for disputing parties to settle their conflict out of court in a way that passes legal muster and has staying power.

Let’s take a closer look at Tennessee Supreme Court Rule 31 (you can read the full text here) and what makes it good for those in a dispute.

First, Rule 31 defines mediation as “an informal process in which a neutral person conducts discussions among disputing parties designed to enable them to reach a mutually acceptable agreement among themselves on all or any part of the issues in dispute” (Section 2 (i)).

Second, it’s important to note that Rule 31 applies only to mediation as a result of civil or domestic court cases. Conflict resolution outside of these proceedings (i.e. organizational dispute resolution and other non-legal conflict management) can be handled however the parties wish. However, Tennessee’s mediation requirements are so robust that they can, and should, be used as a guide for non-civil conflict resolution.

To mediate cases referred by a court in Tennessee, the mediator, or Neutral, must be Tennessee Supreme Court Rule 31 Listed and in turn adhere to the standards set forth in TSC Rule 31.

These include standards such as maintaining confidentiality of all dispute resolution proceedings except where required by law to disclose, maintaining impartiality and promoting a balanced process and ultimately assisting the parties in reaching an informed and voluntary settlement.

Tennessee’s (ADR) rule also provides for simplicity. The neutral need only file a report stating that the matter was or was not resolved. In fact, the Supreme Court rule requires that the mediator’s report only state this condition along with the names of the parties. No other details about the settlement are allowed.

If you are in a dispute and you need confidentiality. Mediation under Rule 31 is key.

But what really makes Tennessee’s mediation law powerful is that it gets to the heart of what conflict resolution really is. In doing so, it requires that the mediation process be guided by the parties involved. If the parties mutually create and agree upon the terms of a resolution to their problem, it is very unlikely that they will be back in conflict anytime soon. It is then the mediator’s job to make sure that the terms of the resolution pass legal muster. That means that each mediation results in a contract (not disclosed to the court) and that this contract be a binding agreement, keeping the parties out of court again.

We can thank a very strong Supreme Court Rule for making ADR a preferred method of civil and domestic dispute resolution for Tennesseans.

Is mediation right for your matter? 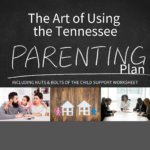